Cross Street once served as a town road between Front Street and Third Street.  Robert Poirier, who owned the house on top of the hill on the right side, went to see the Selectmen requesting to close the upper half of it as a street and turn it into a walking path. Cars would often get stuck coming up the hill into Third Street in the winter, creating a dangerous traffic situation.  A Warrant Article was later passed at a Town Meeting to close the road.

Mr. Poirier turned the upper half of Cross Street into a bricked walking path with quite a large surrounding garden space. When Mr. Poirier passed away in 2011, the path and surrounding gardens became run down. Several residents began working independently to do a lot of weeding of the site, and the town hauled away trash and unused building materials that had been collected over the years.

Since 2012, the RGLSC has worked to maintain and improve the garden started by Mr. Poirier. 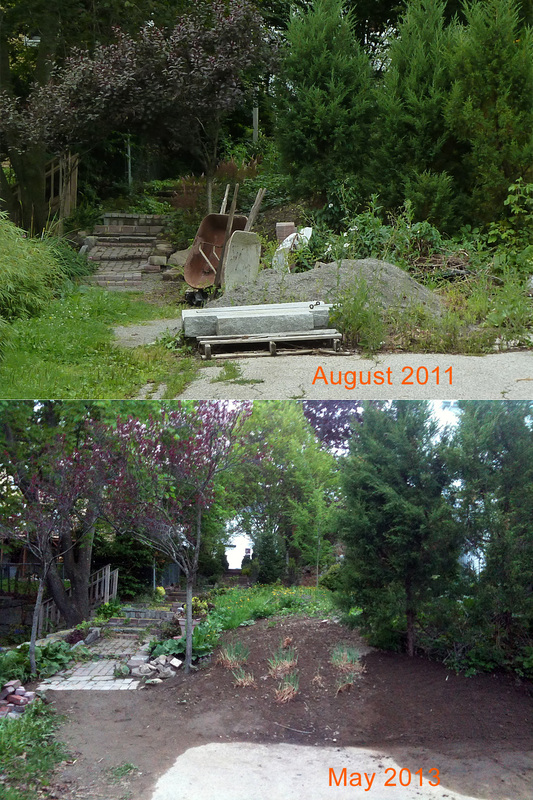